In and Around Djenne

We visited Djenne, a city where almost every building is made of mud. Despite the rain, the mud mosque remained standing, and some locals got some balloon treats. 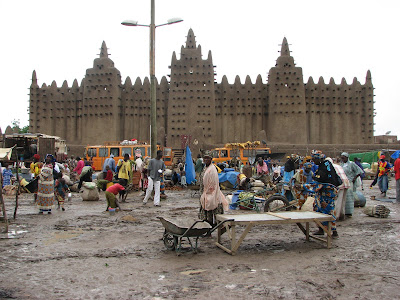 The famous mosque on market day 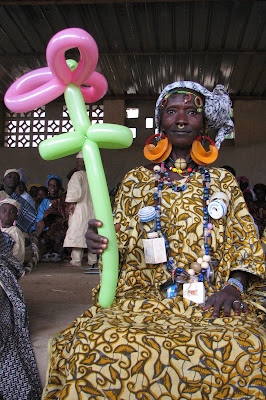 Near the mosque, a local wedding celebration was in progress. We stopped by to say hello, and met this woman who fascinated me. It appeared that I was even more fascinating to her, as she watched with extreme curiosity and bewilderment as I made this flower. After, she held it above her head like a trophy, for all to see, and then posed proudly for this photo. 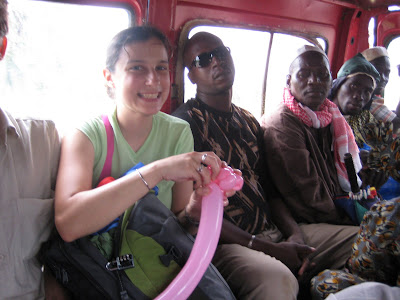 What should you do when you're bored on a soutraman (the local public transport, which is like a minivan with tons of people crammed in the back)? Balloons? 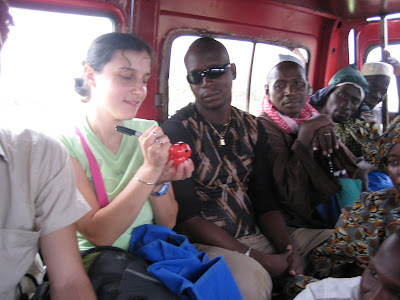 Notice that the guy next to me woke up! 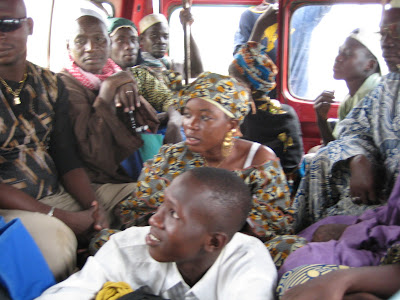 The other passengers were entertained, if not a bit confused. In the end, they applauded when we got to our stop and had to get off. 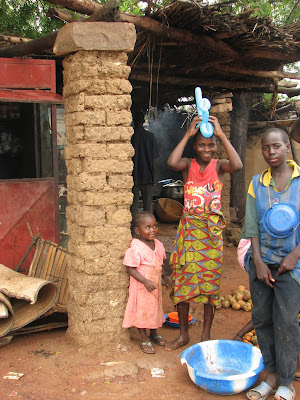 Our stop was Somodougou, a small town that normally did not see many visitors, but served as an entry point into Dogon Country due to a broken bridge up the road. We had to wait here for a little while, until our guide came to meet us. 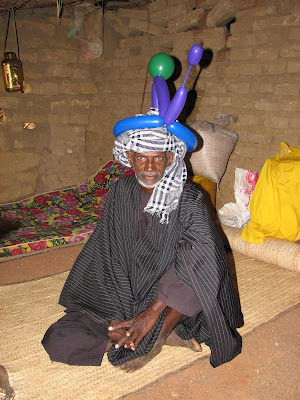 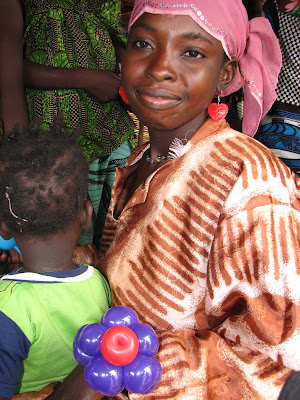