Le Pays Dogon is an area in Mali where villagers live a very traditional lifestyle. Nestled on, in, and under the cliffs of an escarpment, the villages each reflect a unique culture that is more different from U.S. culture than anything I've ever witnessed in person. Here are some photos of villagers who got a little surprise as they went about their daily lives. 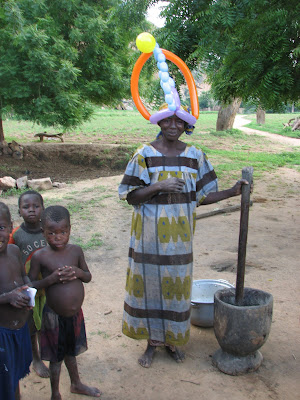 A woman takes a break from pounding millet 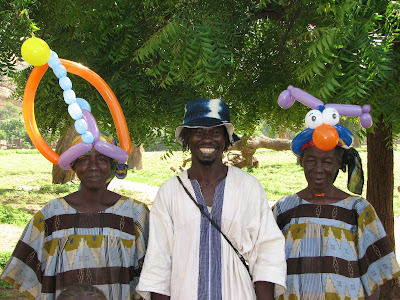 Our guide thinks this whole thing is hysterical! 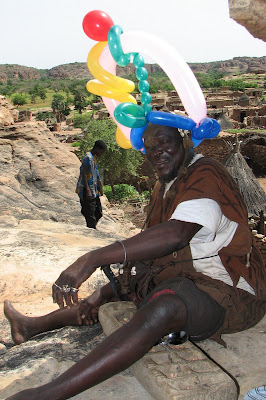 A local hunter who daylights as a palm reader / medicine man gets a treat. I would have made him a hat anyway, but I was especially pleased when he told me that I have good spirits (as opposed to my travel companion, who was told she needed to sacrifice a chicken). 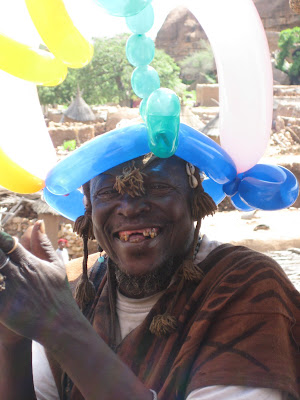 He was pleased with the hat. 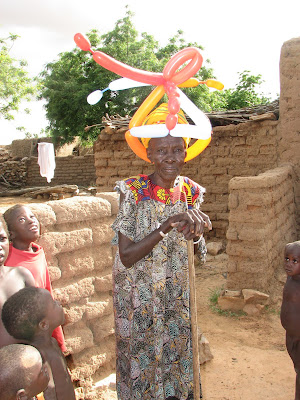 An elder passing through... 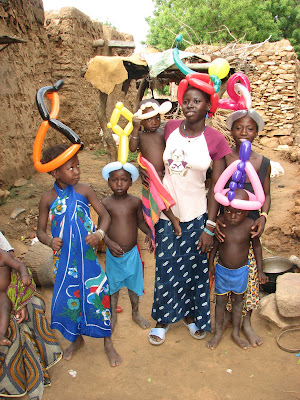 Our guide's family gets a visit too. 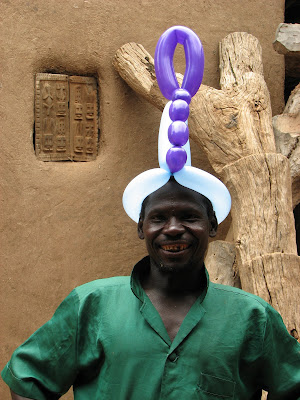 A man who works at one of the campments for tourists

Extra Bonus Section: Behind the Scenes Shots (see how the magic happens...) 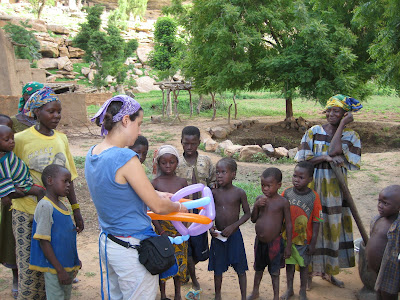 All the local kids come over to watch 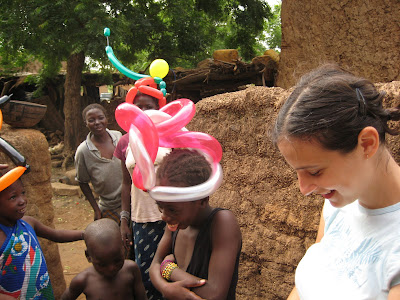 There's a lot of laughing involved 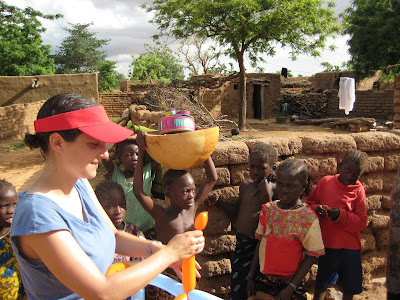 Some spectators are a bit puzzled 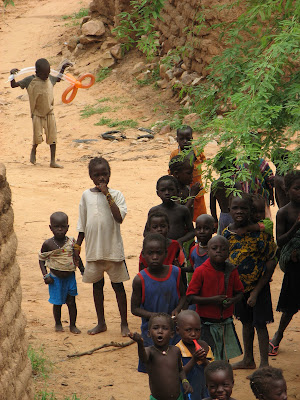 First there's just one kid, and he gets a buzzing bee. Then moments later, I'm surrounded by a mob. Kids who want balloons are like a hungry pack of wolves. Notice the kid up front.
Posted by Sara