The Legend of Malisadio (a young girl and her hippo)

At Camp Ciwara, we put on a production of a local legend, Malisadio. It is the story of a young girl and her friendship with a hippopotamus.

To get ready, first you need some enthusiastic actors, some balloons, and a good helper. 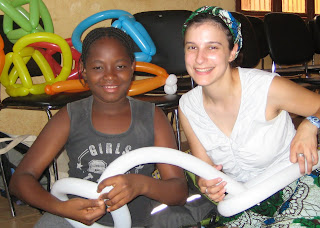 Then, with a little drumming and singing, the play begins! The legend is set at the junction of two rivers, one white and one blue. Notice the beautiful backdrop and flower garlands made by the students in art class (with our creative vision). 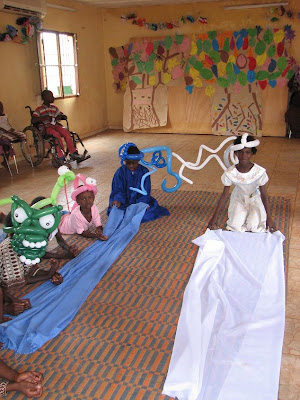 One day, some women go to the rivers to do some washing. 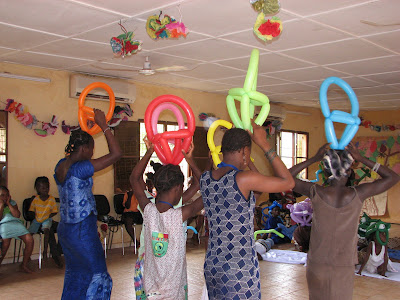 While washing her laundry at the river, a pregnant woman encounters
a hippo who promises to befriend her unborn child. 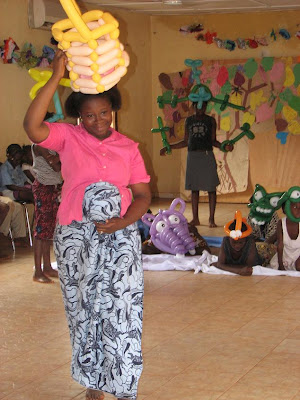 The Traditional Hippo Mask of Mali 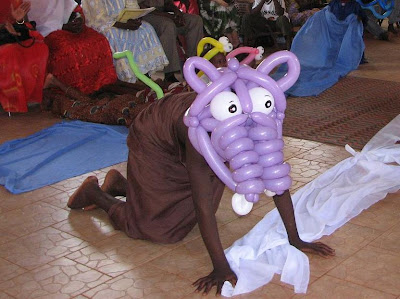 All of the Creatures of the River -- fish, frog, crocodile, and snake 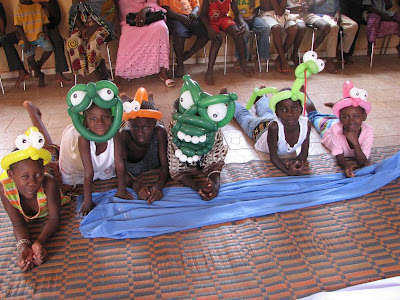 The woman has her baby, and the baby's name is Sadio. She becomes best friends with the hippo. Even when nobody wants to marry her because of this friendship, she stays true. 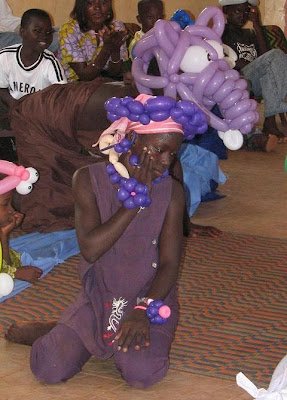 The story ends, and of course, there is dancing for all! (It just so happens that Koumba, the girl who plays Sadio, is the best dancer in all of Kati. She leads the boys, who are begrudgingly participating so that they can get their balloon hats.) 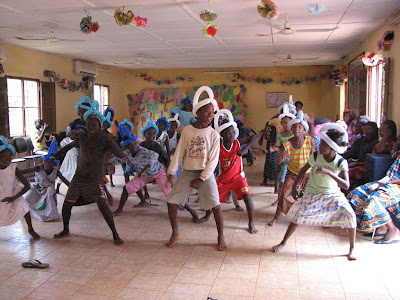