The Newport International Film Festival had a big closing party. In addition to all the filmmakers, lots of wealthy Newport donors were there. From far away, we could see the lights. And we got stuck in the traffic. 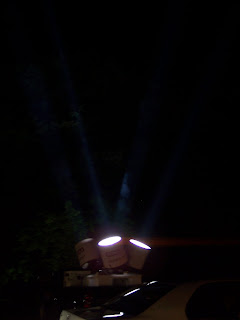 I took a photo of my funky dress and feet on the red carpet, on the way in. 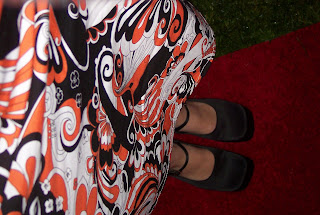 At first, the party seemed stuffy and boring. We decided that it was time to get the party started. Here are Naomi and Sara on the dance floor. 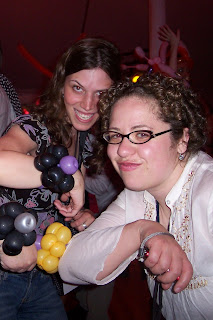 While dancing, I started making balloon hats. I made hats for our new friends: Sean and Adam (fellow Bostonites) and Rachel Dratch (from SNL & 30 Rock). 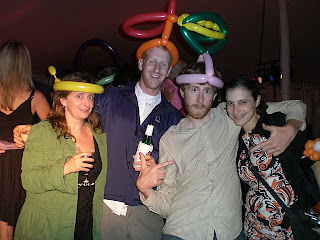 Pretty soon, everyone was asking me for balloon hats. The dance floor got packed, and you could look out over the crowd and see everyone wearing a balloon! 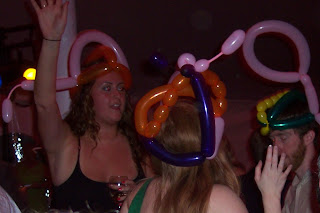 In the end, the party was a blast!

Click HERE to see photos from the Newport Independent Film Festival during the daytime hours.