I spent the weekend in Newport, Rhode Island for the Newport Independent Film Festival. To promote the screening of Twisted: a Balloonamentary, I made this balloon person, who hung out on a bench outside the theatre. 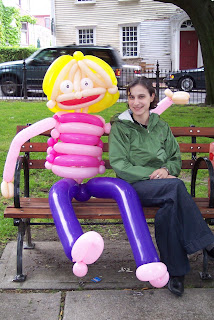 The men who hang out in the park every day were very interested. They asked us for hats, and said they liked our "girl." Hopefully, they weren't responsible for the fact that later that night, she disappeared. 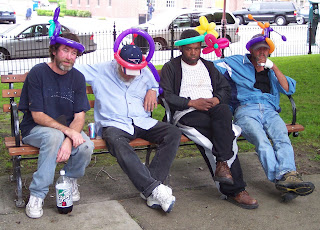 In the evening, they rolled out the red carpet right through the park, to the door of the movie theatre. Claire Danes made an appearance, but didn't seem to notice my sculpture. Sara invited her to see Twisted, but she said that she would be leaving town early (possibly to go the Tony Awards). 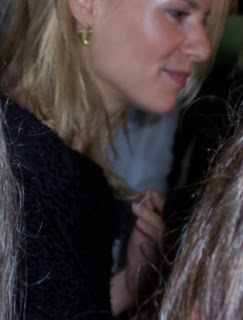 We decided to take a break for dinner. By making balloons for the hosts, we bypassed the one hour wait and got seated next to other film people. 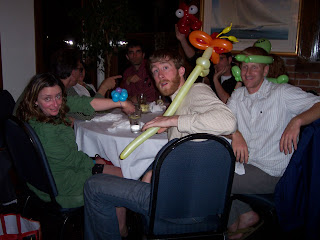 The next day, my sister helped me inflate 200 balloons to hand out in the theatre. I helped Naomi finish a new balloon person for our bench. Naomi and Sara got interviewed for Rhode Island local news. 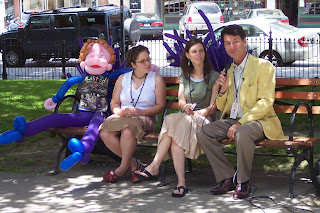 Finally, it was time for our screening! We had a great time; I am going to post the photos from the party in a new post. 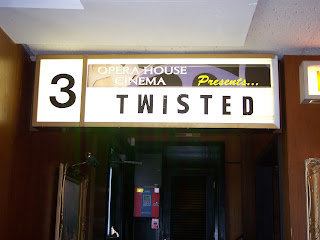