On this trip, my friend Alyssa and I spent two weeks traveling, visiting her friend in Berlin and her family in Budapest. Then I spent another two weeks on my own, visiting Krakow, Poland, and then going back to Budapest for an enormous music festival. 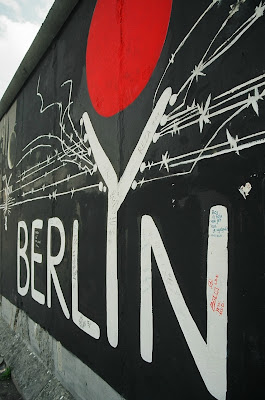 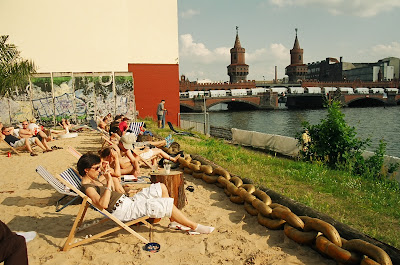 Berlin is funky and chic! 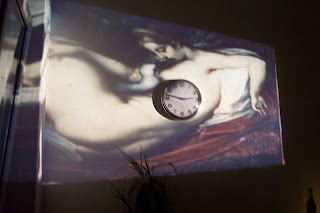 And we went to super funky parties with our Mexican Berliner friends... 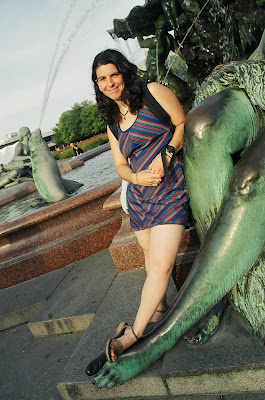 My friend Alyssa at a Fountain in Berlin 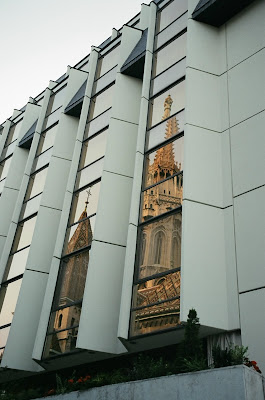 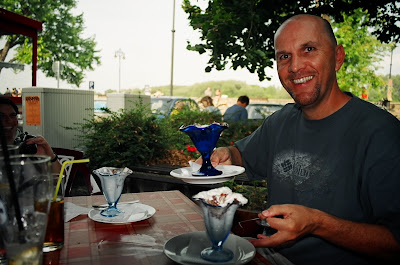 Our Host, Janosh: "Not sure which Hungarian dessert to try? Try them all!" 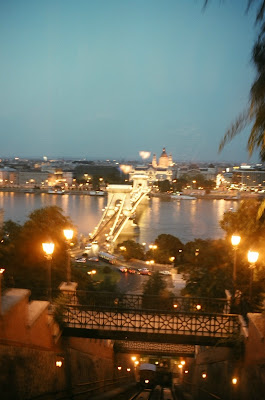 Budapest Lit Up at Night 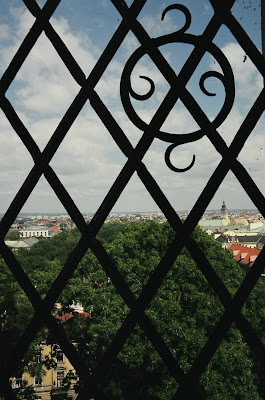 View of Krakow through a Citadel Window 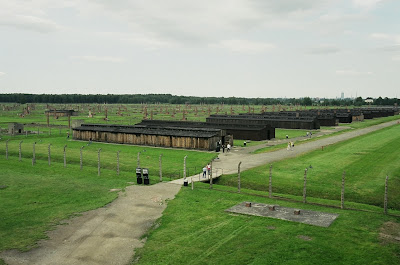 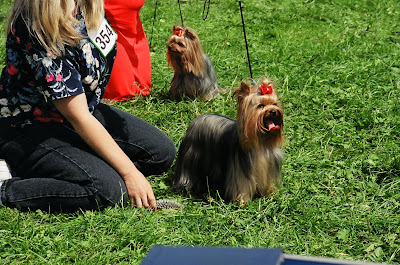 I happened across a dog show in Zakopane, a small mountain town that I visited in Poland. 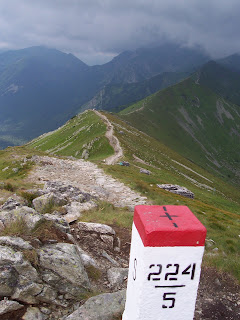 I took a cable car up to the Poland / Slovakia Border in the Tatra mountains. This pathmarks the border. 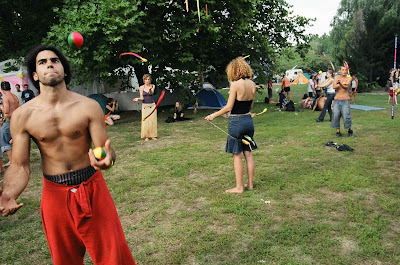 Sziget Festival (on an island in the Danube River, technically in Budapest, but a whole different world) 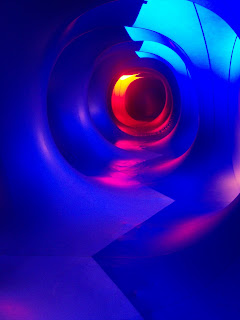 This photo was taken from inside a big structure made out of the material used for moonwalks. It was an art instillation where viewers were encouraged to walk through and hang out inside. 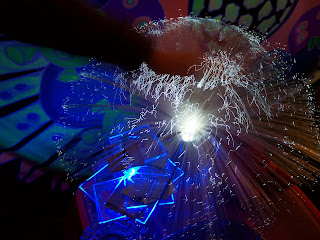 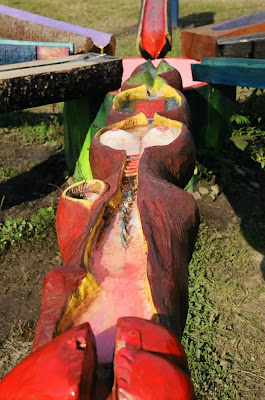 More Art at the Sziget Festival 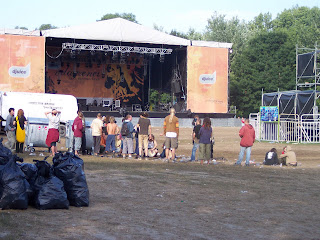 Eventually, all the hippies needed to go home. Clean up on the island took place while the music played on - here, a drum circle formed early in the morning after a long night of concerts.
Posted by Sara