I traveled to Austin, Texas to help promote my friend Naomi's movie, Twisted: a 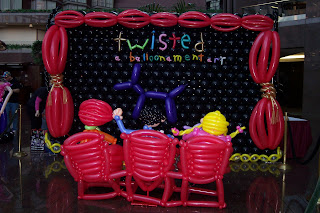 Balloonamentary. It was an amazing experience. We covered the city of Austin with balloons!

I was a part of making a 10 ft by 15 ft giant sculpture of a movie theatre - including the screen, movie seats, audience members, women film makers, and video equip 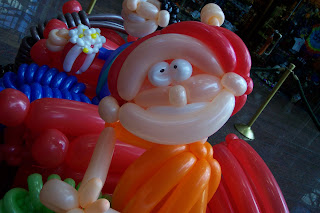 ment. I most ly just helped out here and there, but I did make a nice 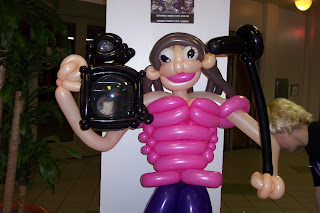 I roomed with Vera, one of the stars of the movie. She worked her way out of being a welfare kid in a trailer park with balloon twisting. She used balloon money to put herself through college, and now she plans to do the same for med school! Wow! 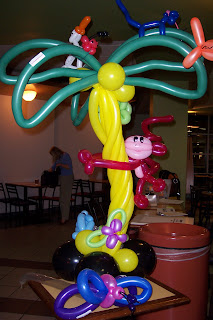 She taught me a lot about balloons, and we made a silly tree covered in animals for the lobby of the theatre. We also did a lot of roaming around the convention center talking up the film and making silly hats! 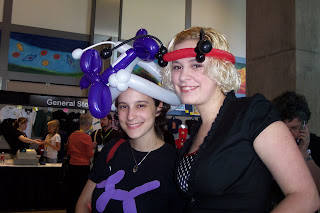 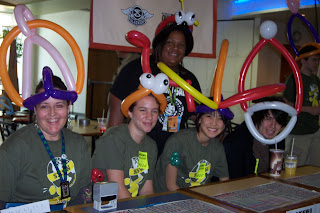